It is my hope that I have created a book that tells the story of, and for, both people and animals 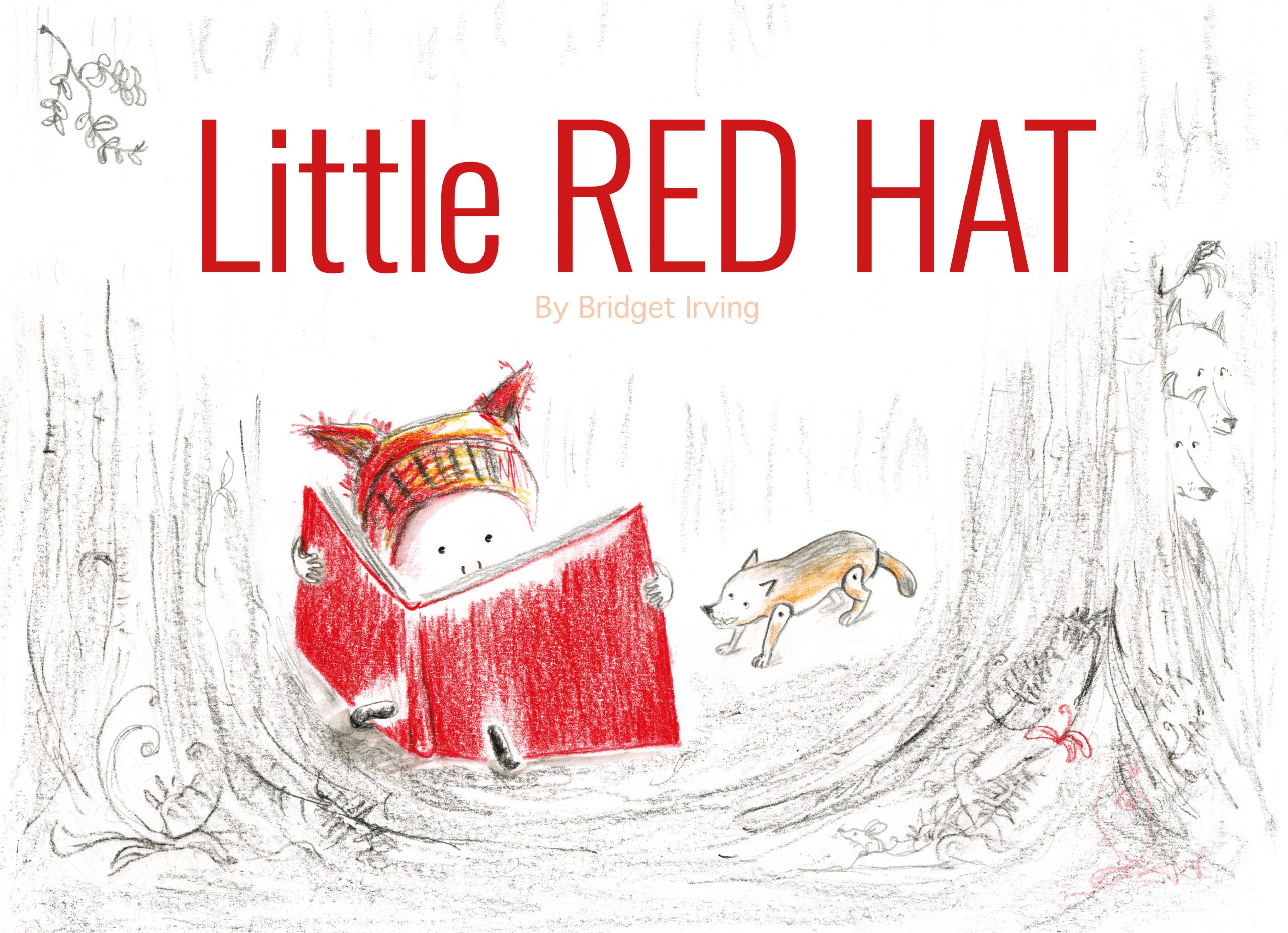 Why I made Little Red Hat.

I believe illustrators and artists, indeed anyone who uses the image of an animal, has a responsibilty to the real animals whose likenesses we use.

As the world faces up to the devastation of a pandemic, worsening climate change and increasing awareness of animal suffering and human connections with nature, I believe we need to examine and challenge the illustration of animals in the way we protest negative stereotypes of people.

For example, despite many animal and wolf positive picture books, steroetypical concepts, such as the big bad wolf persist in culture and in children’s picture books.

For me, the representation of the wolf is symbolic of all misrepresentations of animals. In stories like Red Riding Hood, the wolf is often depicted as monstrous, even illustrated in extra grotesque form prior to his murder; this kind of imagery helps to justify his killing.

Not only does the negative stereotype persist but the industry, and buyers of books, praise picture books which insist on killing the wolf. For example, Little Red, first published in 2016 has won many awards for its illustrated adaptation; the Times regarded this version as a ‘feisty feminist’ interpretation. Concentrating on the human character, without regard for consequences to others, is a position of human exceptionalism; it happens without awareness or conscious malice but it happens. The book ends with Little Red standing alone in the forest; through animal advocate eyes this mimics the reality of the sixth mass extinction. Devoid of any other animal life the forest is visually silent. The animals are truly erased.

Furthermore, the child protagonist is illustrated wearing a wolf skin coat and a triumphant smile;the wolf’s encounter with this feisty Red Riding Hood is described as ‘unlucky for the wolf’. The stereotype of the big bad wolf by Bridget Irving 2019

The wolf is traditionally depicted as a shadowy menace. It is common-place to insist that the wolf is a metaphor for male grooming and unwanted ‘predatory’ sexual behaviour. Yet, this idea, popularised by writers such as Angela Carter, ignores the animal, diminishes him to a stand-in for the worst of human characteristics, erases him, erases the wolf, the animal.

If we use the image of the wolf as symbolic of forms of human vileness, surely we must be certain that in turn, we don’t create or reinforce ideas of the vileness of human dominance over non-humans. 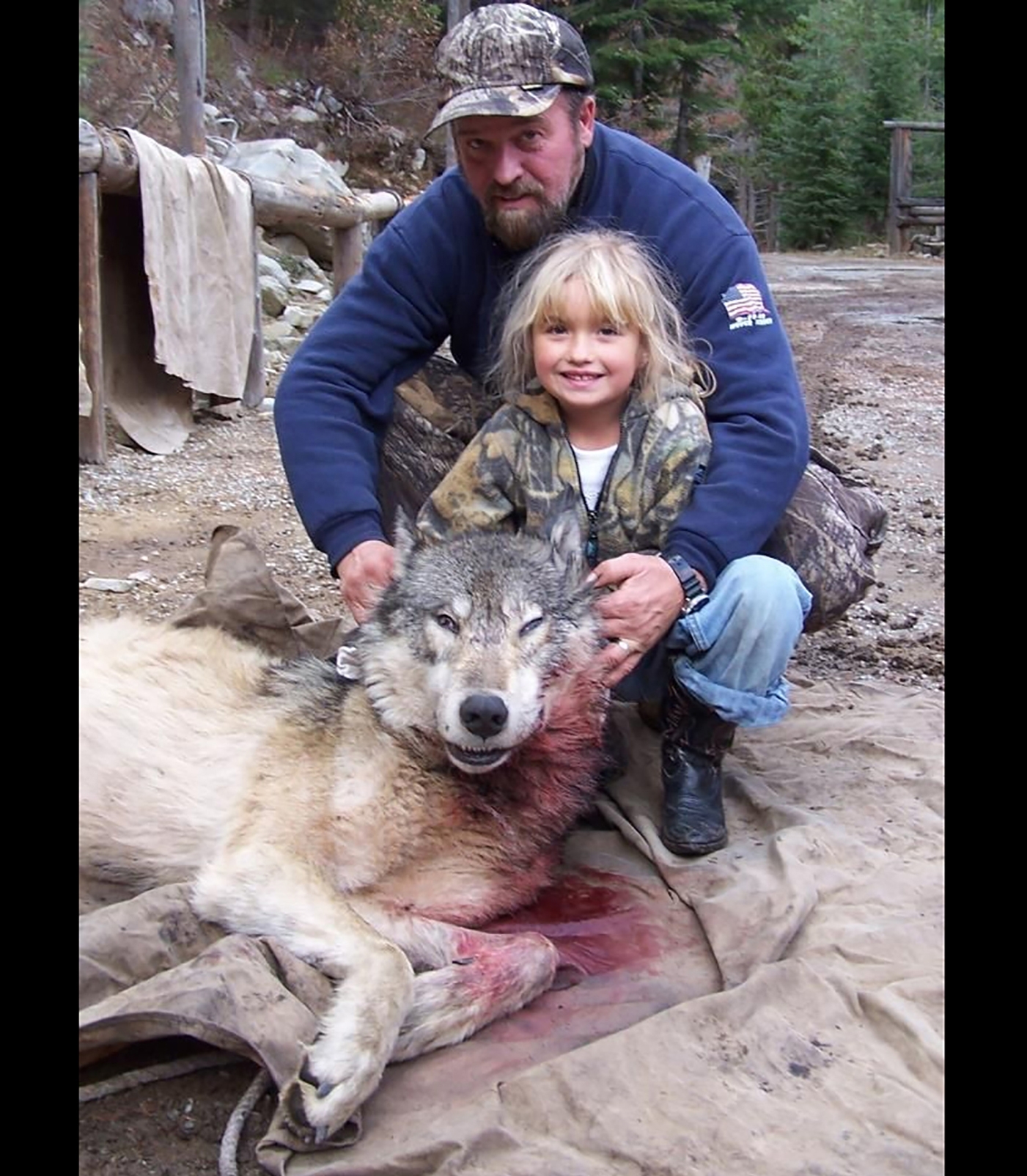 This is an image from a public Instagram account. It shows a child and a wolf killing. I believe that image makers must stop trivialising the lives of wolves and other animals through the repetition of outdated ideas and themes.

There are illustrators and book makers who do support animals, who create exciting animal positive books and illustrations. Yet, the outdated ideas continue to dominate belief -sytems.

I can find on Amazon any number of books that depict a big bad wolf, animals in circuses, animals in zoos and farms and so on, these do not give the animals a true voice. How would animals have us represent them?

With this in mind I have created  a picture book, Little Red Hat, that aims to address cultural norms and engage readers with a story of insight and compassion. I hope it appeals to both child readers and adults who are guardians of children and storytelling.

I’ve given the wolf a family; traditionally only Red has a family and we never see the wolf’s kin grieve for him after his killing. I wanted to show how humans are the threat to wolves and not the other way round. 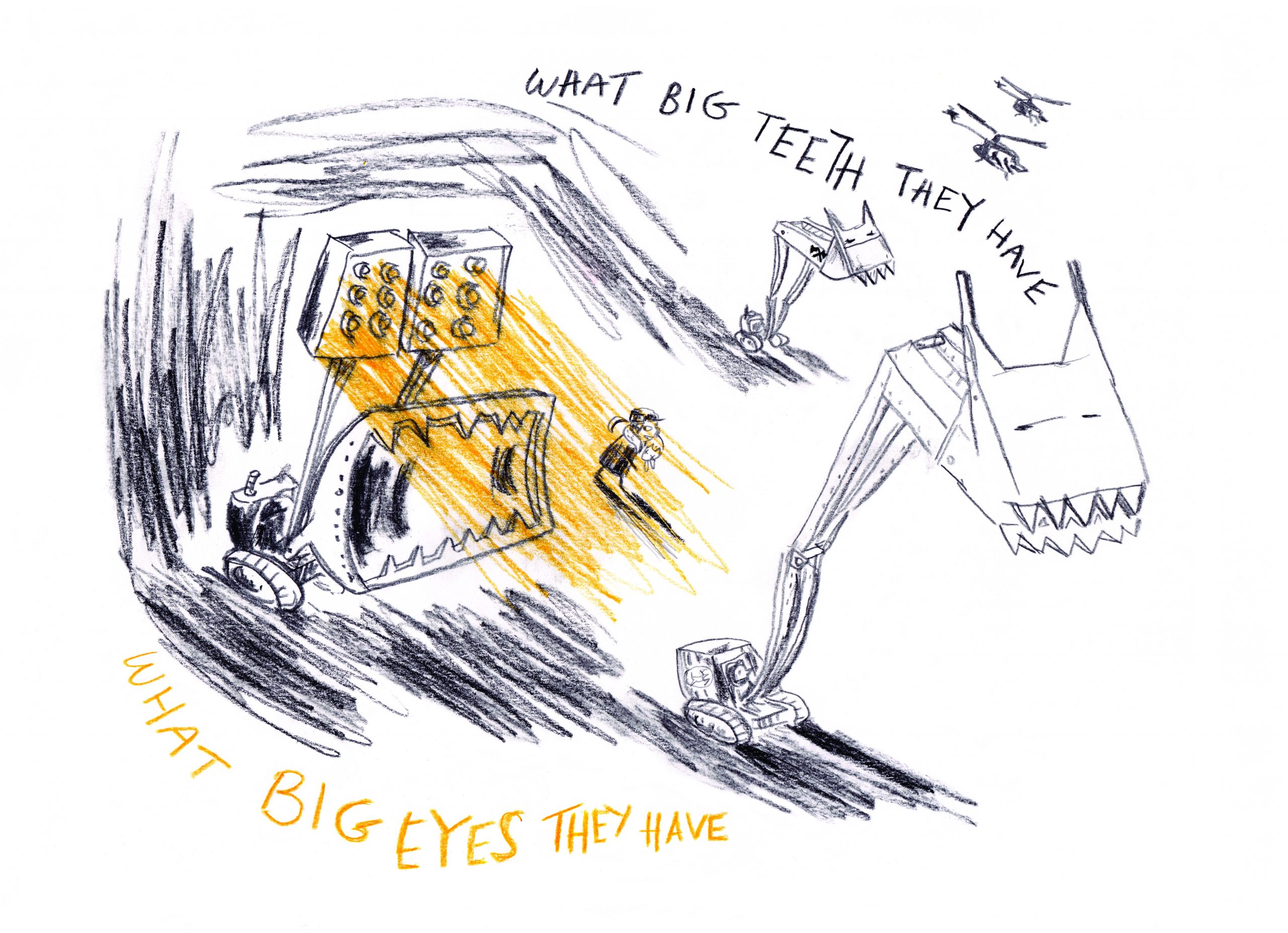 Humans are the menace to wolves, to the forests, to all animals – and not the other way round.