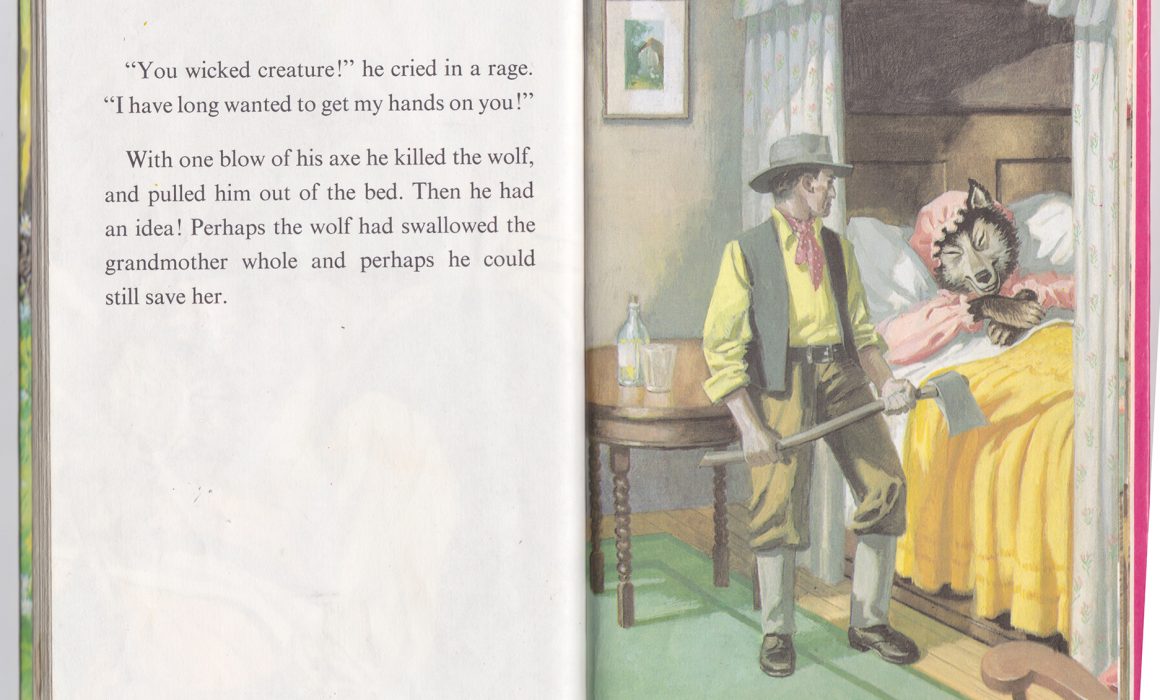 Speaker for the Dead.

In her book, Staying with the Trouble, ‘multispeciest feminist theorist’ (Duke University Press 2016) Donna Haraway references an Orson Wells science-fiction novel, The Speaker for The Dead. (Haraway 2016 p68). In it, a man collects the stories of the dead insectoid alien life forms killed in a cross-species war. Haraway considers this in context of an extinct bee species and the surviving bee-mimicking orchids who are dependent upon the bee for pollination. The orchid remembers the bee and a person will remember the orchid when its time comes.

‘The task of the Speaker for the Dead is to bring the dead into the present, so as to make more response-able living and dying possible in times yet to come.’

For my M.A project, in light of the politics of the protection and reintroduction of wolves in parts of the world, for the real biological species, hunted to extinction in Britain, and for their symbolic representative, the picture book wolf killed time and time again, I want to be a speaker for the dead, so as to make and encourage the making of more response-able visual representations of and for the living.

Wolves are known by researchers to be one of the shyest of all animals
in the northern wilderness and that they have high fear of humans and
will walk away, even if you approach one of their kills. In 1990, a
large pack of wolves moved into an Alaskan suburb of over a quarter of a
million people; not a single human was harmed by the wolves.
(Wolfwatch UK 2019