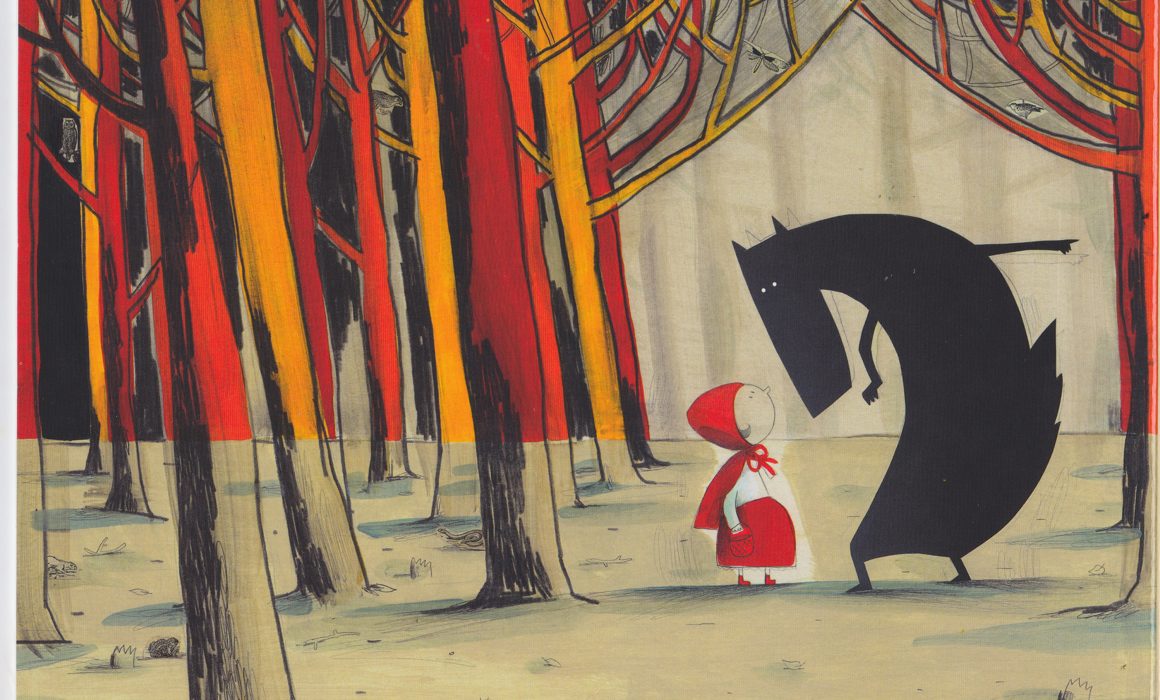 This is a board book for young children.
Here in comic form, the wolf has become his own shadow. French illustrator Barroux’s wolf stands human-like; he is devoid of detail. The high contrast draws the reader to the wolf yet he is also obscure and indistinct.

Through colour and composition, there is a visual bond between the girl and the trees; they lean, as one object, away from the wolf.
Visually the wolf does not belong; he isn’t positively connected to any other elements on the page. 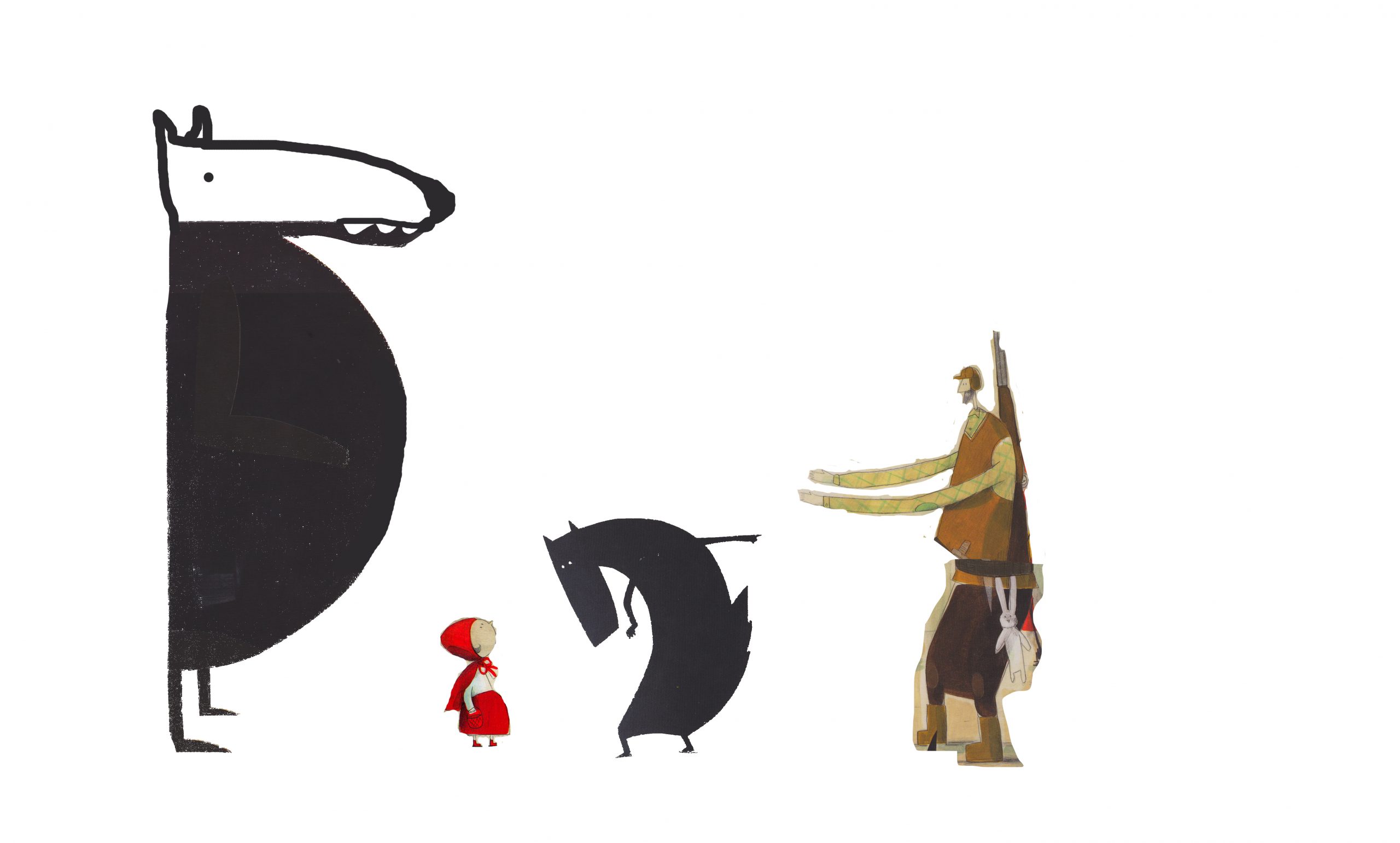 In the next image, the wolf is dead, he’s been shot. If you look at the size of the wolf – does anything strike you as odd?

Here the wolf is dead. He’s been shot.

There’s no head, it’s cut off by the page, he has no face, and so no identity.

Also, if you look at the size of the wolf – does anything strike you as odd?

He is at least twice the height he was in the earlier illustration – in fact only in this illustration is the wolf so large in comparison to the other characters and  the page. And not just because he has eaten two people!

Emerging from his stomach Red has stayed the same size. So, what does it mean? What is signified? I think that the greater comparative size to the other characters, and to the page, has created a monster and this further justifies his slaying. What would be different in meaning if the hunter had such visual dominance?